Chris Brown Thanks Fans And Karrueche Tran From Prison Phone

The 24 year-old singer rang his on-off girlfriend to forward a message of thanks to his fans after he was sent to jail for being kicked out of rehab last month. 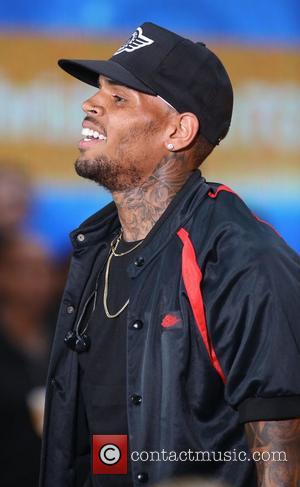 Chris Brown seems to be doing a lot of thinking as he is behind bars for the third straight week.

The 24 year-old singer wanted to reach out to his devoted fans, known as 'Team Breezy,' to thank them for their support.

And he found a way to do it!

Brown rang his on-off girlfriend Karrueche Tran from a Los Angeles prison so she could pass on a message of thanks to his supporters.

Tran filmed the phone call in order to record what the 'Kiss Kiss' singer said, and then she shared the clip via Instagram on Monday night (March 31st).

As she holds the phone up to the camera for people to see, Brown's voice can be heard saying, "I'm just calling all my fans, and y'all know I love you all, and thank y'all for all the support. Thank you for everything."

"The new video just came out, so I hope y'all enjoy that, and most importantly K, Karrueche, I love you," he added via speakerphone. "So, thank you."

Brown's legal troubles have dominate his life for the past several months, but initially he avoided going to jail after a judge noted his progression in the court-ordered 90 day stint in a rehabilitation facility.

The singer received this sentence after he was arrested for punching a man in Washington DC last October (2013). The incident occurred outside the W Hotel on K Street around 4.30am, where Brown supposedly attacked a man after shouting gay slurs and jumping into a photograph with the singer.

Brown was receiving treatment in a Malibu rehab facility until he got thrown out on March 14th, the judge on his Rihanna assault case saw this as a violation of parole and was therefore arrested and booked into jail, until his hearing on April 23rd.

MORE: Chris Brown's attorney fighting for his freedom ahead of assault trial

Then a jury will determine if Brown's arrest in Washington DC was a violation of his parole in the 2009 Rihanna beating.