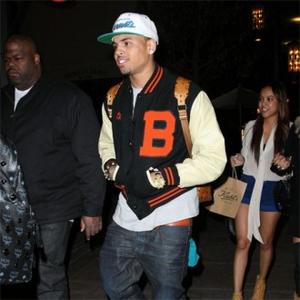 The 'Yeah 3x' singer has an impressive haul of nominations, including Best Male R&B Artist, Viewer's Choice and Video of the Year for his track 'Look at Me Now'.

The nominations continue his comeback after being found guilty of assaulting then girlfriend Rihanna in 2009, a return to the spotlight which many have pinpointed as starting when he performed Michael Jackson's 'Man in the Mirror' at last year's awards.

Chris immediately took to twitter after the nominations, writing: "Thx to B.E.T for all the support and I love you."

He is joined in the Best Male R&B Artist category by Cee Lo Green, Bruno Mars, Trey Songz and Usher.

Lil Wayne follows in the number of nominations, with five for Best Male Hip-Hop Artist, Viewer's Choice and three more through his guest appearance on Chris' 'Look at me Now'.

Joining him in the Best Male Hip-Hop category are B.o.B., Drake, Rick Ross and Kanye West.

Leading the nominations in the female categories is Rihanna, who has four nominations, for Best Female R&B Artist, two nominations in the Best Collaboration category - for her track 'What's My Name' with Drake and her work on Kanye's track 'All of The Lights' - and a nod in the Viewers' Choice section.

Other award categories include Best Group, Best New Artist and Video of the Year.

List of main category nominations for the Bet Awards 2011:

Kanye West featuring Rihanna, "All of The Lights"

Video of the Year

Video Director of the Year