Chris Brown Not Appearing In DC Court For Assault Charge

Chris Brown has been given permission to miss a DC court appearance, for a misdemeanour assault case, to continue receiving treatment in a rehabilitation facility for manger management. 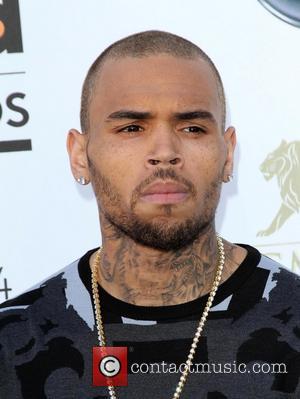 Chris Brown will not have to appear in a Washington DC court this coming Monday (Nov 25th) as previously scheduled.

Judge Robert S. Tignor granted the 24 year-old permission not to make the travel across country after Brown's attorney submitted a petition to excuse him from the journey.

TMZ reports, Brown asked the judge, in his assault case, to let him skip the court date in order for him to stay in a rehabilitation facility for anger management issues.

"It would be counter-productive to have Mr. Brown check-out of an inpatient treatment program and travel across the country to attend a status hearing that will likely result in a continuance," the attorneys wrote in their filing.

The R&B singer found himself in a tough position as an LA judge ordered him back to rehab for 90 days after a violent outburst occurred where he threw a brick through his mother's car window after she pleaded for Brown to extend his stay in rehab.

The misdemeanour assault charge stems from an incident from last month that occurred outside the W Hotel in the 500 block of 15th Street NW. Brown, along with his bodyguard, were arrested after allegedly punching a man who tried to jump into a photo with the singer.

After the incident Chris checked himself into rehab on Oct 29th to "gain focus and insight into his past and recent behaviour", however the singer only received two weeks' worth of treatment after being thrown out due to his violent outburst.

Hopefully the 90 day stint will straighten Brown out and finally resolve his personal issues. Brown has been given permission to miss his DC court apearance