Chris Brown partied with Wayne Rooney after the English soccer player sent him two bottles of champagne in a Los Angeles club on Monday (02.07.12). 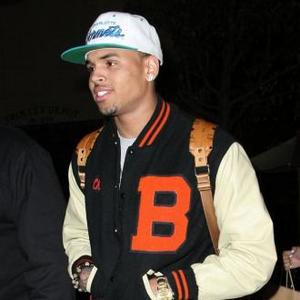 The 'Beautiful People' singer was sent two bottles of champagne by the Manchester United player after he spotted him in the AV nightclub on Monday night (02.07.12), and the stars then hung out at adjoining tables.

Chris hit the headlines recently after he was involved in a bottle-slinging club brawl with Drake in June. The rapper returned a bottle of bubbly to Chris' table with a note about his ex-lover Rihanna which reportedly read: ''I'm f***ing the love of your life, deal with it.''

But the 23-year-old musician was much more accepting of Wayne's offer of some Ace of Spades bubbly and the pair and their entourages happily partied next to each other, according to The New York Post newspaper.

Chris was his girlfriend Karrueche Tran in the corner, and Wayne, 26, was joined by fellow soccer players Ashley Cole and Didier Drogba at a table by the DJ booth.

'Yeah 3x' singer Chris left the club at 2am with Wayne leaving shortly after, and they all missed the arrival of Lindsay Lohan.

The party-loving 'Liz & Dick' star - who complained of being exhausted because of her filming schedule after being found ''unresponsive'' in her hotel room last month - arrived at 2am with two male friends and left at 3am.