Chris Brown Reiterates That He And Rihanna Are Not Together Again 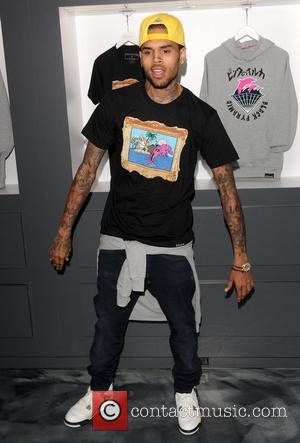 Despite mounting speculation over their current situation, Chris Brown has also admitted that he and former flame Rihanna are not back together.

The R&B star who was charged with felony assault spoke to DJ Big Boy on L.A. radio station Power 106 about the reported rekindling of their relationship, and instantly shot down the rumours by bluntly saying, "No. And that’s just quick, a quick answer.”

The pair are hitting the studio again to record the track 'Nobodies Business' from her upcoming album Unapologetic, with rumours rife across the web that this is but one more indication that the pair are getting back together. However after RiRi herself denied the rumours during her interview with Conan O'Brien on Thursday night (Nov 8), Breezy also jumped in and further dispelled the rumours.

In February 2009, shortly before the two were expected to appear at that years Grammy Awards, Brown attacked the Barbadian singer in their hotel suite, the the brutal images of the singers battered face were later put online. The pair promptly split up afterwards and kept their distance, however an interview with Oprah Winfrey earlier this year revealed that Rihanna still has feelings for her former boyfriend despite what happened and since then reunion rumours have been rife.

These latest denials may seem concrete enough evidence that the pair aren't getting back together, but are they protesting too much? And can a reunion ever be on the cards? Only time will tell.