Singer Chris Brown Is Asking A Judge To Dismiss A Lawsuit Filed Against Him Over His 2012 Song Don't Wake Me Up. 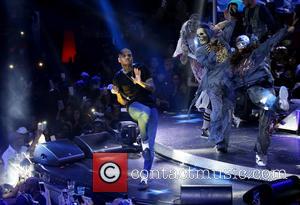 Nayeri Gregor filed a federal lawsuit against the Kiss Kiss star, officials at Sony Music and producer Benny Banassi earlier this year (15), alleging she recorded a song with the same title and showcased the track for songwriter Brian Kennedy.

Gregor claims she was unaware Kennedy was able to memorise scales and melodies and that he subsequently played the song for Brown and Banassi and they recorded and copyrighted it.

In her lawsuit, Gregor alleges the songs are almost identical and she is seeking $150,000 (£93,750) each from Kennedy, Brown and Banassi, and additional damages for alleged music theft.

According to Bossip.com, Brown admits the songs share identical titles and similar lyrics, but insists the phrase cannot be copyrighted because it is too common. He also claims Gregor waited too long to file her lawsuit and is asking a judge to dismiss it.