Chris Brown has shared his thoughts on the Ebola virus outbreak on Twitter, describing the crisis as a ''form of population control''. 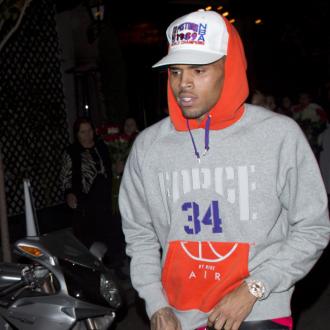 Chris Brown thinks the Ebola outbreak is a ''form of population control''.

The 'Loyal' hitmaker has taken to Twitter to express his thoughts over the current global crisis - which has seen the disease claim the lives of over 4,000 people in Liberia, Sierra Leone and Guinea - believing the outbreak isn't natural but a government conspiracy to lower population numbers.

He wrote on the social media site: ''I don't know ... But I think this Ebola epidemic is a form of population control. S**t is getting crazy bruh. (sic)''

However, the 25-year-old singer quickly backtracked after receiving criticism over his views.

It isn't the first time Chris' controversial antics have landed him in the limelight.

The singer came under fire once again last month after it was reported he had shoved a woman in a Texas nightclub as she attempted to kiss him.

The hunky star is also said to be determined to stay out of trouble after he was recently released from jail, where he served 108 days for violating the five year probation he was placed on after assaulting his ex-girlfriend Rihanna in 2009.