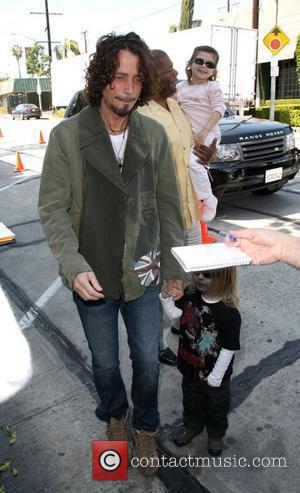 Rocker Chris Cornell has defended his decision to let Timbaland produce his latest album - after the record was widely panned by critics.
The former Soundgarden and Audioslave frontman teamed up with the R&B superproducer for a different sound on new solo record Scream.
But the album has not been well received by critics, fans and fellow musicians - with Nine Inch Nails star Trent Reznor even describing it as "embarrassing".
But Cornell is adamant he is happy with the final outcome.
He tells Alternativeaddiction.com, "Older American fans don't like it because they are typically my core fans that really supported me in Soundgarden and really loved that band. To them that's kind of who I am, I'm that guy in that band, and I'm that guy who wrote those songs.
"I'm thrilled with the album that I made. I think it's really exciting, I have listened to it as much or more than any album I have ever made. As a song writer and creative person, I have to do what makes me happy. That changes, it goes into different worlds."