Chris Evans treated Lily Collins to a romantic meal at a high-end Italian restaurant in Los Angeles over the weekend. 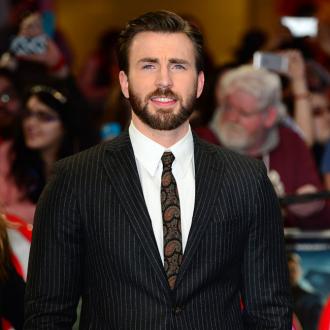 The 'Captain America: The Winter Soldier' actor sparked rumours he was dating the 25-year-old star last month and now he's added even more fuel to the fire by treating her to a meal at a high-end Italian restaurant in Los Angeles, where they were seen flirting up a storm over a few alcoholic beverages, at the weekend.

An eyewitness told E! News the pair dined solo on the patio, adding: ''It for sure seemed like they were on a date.''

The famous duo initially got rumours swirling of a possible romance after they met at Vanity Fair's Oscars party in February.

A source said at the time: ''It's just the beginning stages. But they're having a lot of fun and seeing where it goes.''

The 'Mirror Mirror' actress - who stunned in a black Zuhair Murad Couture creation at the event last month - has previously been linked to a host of Hollywood hunks including her 'Mortal Instruments: City of Bones' co-star Jamie Campbell Bower, Taylor Lautner, Zac Efron and Australian star Thomas Cocquerel.

While Chris, 33, has been linked to Gisele Bundchen, Jessica Biel and dated actress Minka Kelly on and off between 2007 and 2013.