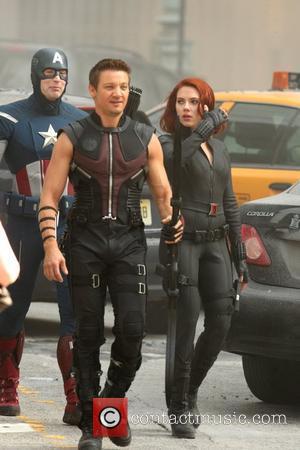 Chris Evans has been speaking about Stan Lee's cameo in up-coming blockbuster movie The Avengers.

Speaking to MTV.com, the Captain America star said "It's great!" while Lee himself described the line as "probably the funniest line that I've had to say yet." Evans wouldn't reveal any further details about the witty one liner but was full of praise for the 88-year-old comic book writer saying "He's an amazing human being. The guy is a living legend. He's so positive and so upbeat and so energetic and just a nice man. There are very few people I've met who have achieved so much and have still maintained this youthful excitement." The pair have shared the screen before and starred opposite each other in 2005 action adventure movie The Fantastic Four. The Avengers, which is due for release in 2012 will tie together the recent Marvel comic book movies and see a host of Hollywood stars appear together including Robert Downey Jr, Scarlett Johansson and SAMUEL L. JACKSON.

Born in Boston, Massachusetts, Evans began his acting career appearing in comedy Not Another Teen Movie before his breakout role in The Fantastic Four. He has since gone onto appear in several box office hits including the Danny Boyle directed Sunshine and Street Kings opposite Keanu Reeves. He is currently working on filming romantic comedy What's Your Number about a woman who takes stock of her past relationships over 20 years.