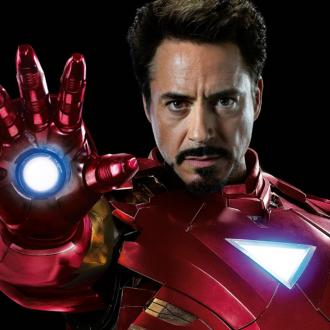 The third installment in the Marvel franchise - which features Chris Evans in the title role and as his alter ego Steve Rogers - will be released on May 6, 2016 and at Marvel Studios' Phase Three schedule event yesterday (28.10.14), both Chris and Robert Downey Jr., who plays Iron Man/Tony Stark, made appearances at the El Capitan Theater in Los Angeles to confirm their involvement in the movie.

The next Phase Three film for the studio will be 'Doctor Strange' - which is rumoured to have Benedict Cumberbatch in the lead role - but it won't be released until November 4, 2016, later than originally thought.

Marvel president Kevin Feige said: ''It takes a while to work on these movies before they're ready to come to you in theatres.

''Doctor Stephen Strange, brilliant neurosurgeon, bit of an arrogant fellow who gets in a car accident and ruins what he thinks are the tools of his trade: his hands.

''In the Marvel Cinematic Universe version of the supernatural, that involves everything from quantum mechanics to string theory. The idea of this film is to open up a whole new corner of the cinematic universe. We want to enter, through Strange, the world of parallel dimensions.''

2017 will see three Marvel movies released, beginning with 'Guardians of the Galaxy 2' on May 5, followed by 'Thor: Ragnarok' - which will see both Chris Hemsworth return as the hero and Tom Hiddleston come back as Loki - and 'Black Panther' ending the year, with Chadwick Boseman in the lead role.

The following year will see the debut of a new character from the Marvel Universe, Captain Marvel, aka Carol Danvers, in July 6, though no casting has been done yet and in November 2018, the much-rumoured 'The Inhumans' will enter cinemas.

The final announcement at the event was a two-part 'Avengers' story, 'Infinity War', which will be released in May 2018 and 2019.