Chris Hemsworth: Thor 2 will be 'organic'

'Thor 2' star Chris Hemsworth says the forthcoming sequel will be ''less science-fiction'' and have a more ''organic'' feel. 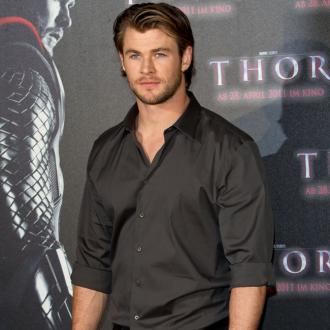 Chris Hemsworth says 'Thor 2' will have a more ''organic'' feel to it.

The 29-year-old actor admits Alan Taylor's fresh take on the sequel to the 2011 blockbuster about a powerful warrior cast out of the fantastic realm of Asgard and sent to live amongst humans on Earth will be less focused on the science-fiction aspect of the story.

He said: ''I just saw some of the sets in the last few days and it looks incredible. There's a lot more of an organic kind of feel to Asgard now. And that Viking element of the Asgrarian people, of Thor's history, is much more present.

''It's less science-fiction. I mean, if you look at 'Game of Thrones', what I love about it is that it has that mythical element but you're always grounded in such an organic world. I think that's the goal second time around.''

Although the Australian star can't relate to the arrogant Nordic war hero, he was able to connect to the cheeky free-spirit within him to try and feel akin to his character.

Chris explained: ''He's far more rash and direct than I am, or I'm comfortable being. I think what I connected to was the sort of cheeky little kid in him, which I wanna make sure we don't ever lose.

''On set with Sir Kenneth Branagh [director] on the first one, any of those moments where Thor is relishing battle and there's the big old grin, he said to me, 'This is you and your brothers back home surfing or playing football. You love this.' That was easier to jump into.''

The star worries fans will think the character is too static and hopes the sequel will shake up his persona and create a brand new journey for Thor.

He told Empire magazine: ''It becomes more difficult at this point. 'Thor 1' was the origin story and he starts off as the brash child and ends as the hero; the danger then is, where does he go from there? If he doesn't change, he's gonna become boring. How do you break him down again to rebuild him and have some sort of arc, some sort of journey?''