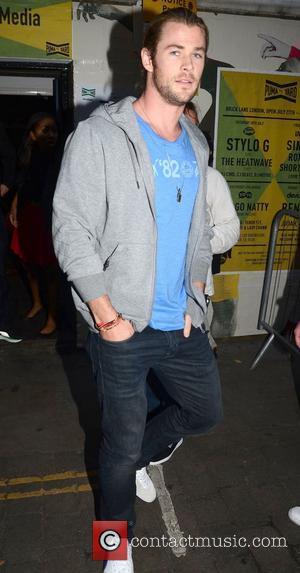 Kristen Stewart's Snow White and the Huntsman could be safe, despite a report on Wednesday (August 15, 2012) suggesting that Universal Pictures were planning to drop her from the franchise in favour of a spin-off featuring Chris Hemsworth's 'Huntsman' character.
According to the Los Angeles Times, the 'Huntsman' movie is still going ahead (with Hemsworth at the helm), though Stewart's Snow White character could still be part of the film. Universal are yet to hire a writer or director for the new project, though Rupert Sanders - the director who's affair with Kristen Stewart made worldwide news - could find himself back behind the camera. Though Universal refuse to rule out Stewart returning in some capacity, her new role is likely to be far less prominent than in the first movie. It's the latest blow to the actress' career, which has skyrocketed in recent years following her turn in the Twilight franchise. She recently dropped out of 'Cali', an upcoming movie by Nick Cassavetes, though Pattinson seems to be landing new projects by the day. On Tuesday, Variety reported that he was to star opposite Naomi Watts in Werner Herzog's 'Queen of the Desert'. The British actor is currently on the promotional trail for 'Cosmopolis', David Cronenberg's movie adaptation of Don DeLillo's classic novel. He joked about the breakdown of his relationship with Jon Stewart on Monday's instalment of 'The Daily Show'. During the New York premiere of the new movie, Cronenberg told reporters, "Honestly, that (cheating scandal) doesn't touch me, and it doesn't touch the movie. It's really irrelevant. Not to [Rob] obviously, but to me and the movie. It doesn't change the movie at all. That's all media stuff".
What all of the interest in Pattinson's personal life means for the final movie in the Twilight saga remains unclear. Both he and Stewart are scheduled to begin promoting the film in October. That could be awkward.