Former SNL star Chris Kattan was taken to a Los Angeles jail in the early hours of Monday morning after being arrested on suspicious of DUI. 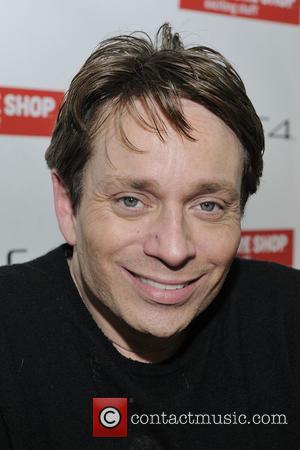 The former 'Saturday Night Live' actor has arrested on suspicion of DUI in Encino, California.

Kattan's vehicle had crashed along the freeway and local authorities arrived on the scene shortly after.

The 42 year-old was driving along the westbound 101 freeway in Southern California when he drove his vehicle into a maintenance truck just before 2 a.m., according to the Los Angeles Times.

The newspaper also states the California Highway patrol received a 911 call before the crash that reported a Mercedes-Benz was "weaving all over the roadway at slow speeds."

Despite Caltrans, the Department of Transportation agency in California, signalling the closed lane with cones, flashing arrows and signs, Kattan still drove through in his luxury car into the closed off area and crashed into the rear of the maintenance truck.

Luckily the truck wasn't manned and nobody was injured in the incident, the comedian was able to exit his vehicle on his own.

TMZ reports that police on the scene said Kattan "appeared out of it" and, according to one of their sources, he was arrested for DUI of drugs, not alcohol.

Chris was taken to Van Nuys Jail and booked at approximately just after 5 a.m. his bail was set at $15,000 and a court date for March 3rd has been issued, according to the Los Angeles County Sheriff's Department.

Kattan appeared on SNL from 1996 until 2003 and his most notable character was his portrayal of one half of the Butabi Brothers with fellow comedian Will Ferrell, which they also played in 1998's 'A Night at the Roxbury'. Kattan is due in court on March 3rd