Chris Martin thinks Coldplay are the Manchester United of music because they heavily criticised even though they are hugely successful. 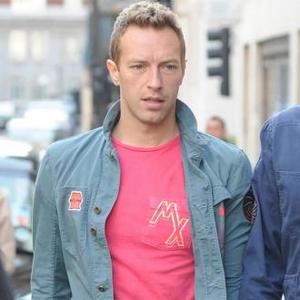 Chris Martin thinks Coldplay are the Manchester United soccer team of music because they heavily criticised even though they are hugely successful.

Chris - who is married to actress Gwyneth Paltrow - insisted he is no longer bothered by the band's critics and chooses to focus on the positive.

He told the Sydney Morning Herald newspaper: ''You can very easily become infected by the minority negative opinion.

''I was talking to my dad about Manchester United -- the most popular football team in the world -- and when they show up at West Ham they get booed. I was thinking, 'Well, it's the same for us'.''

Chris said crowds singing their tracks such as 'Paradise' put the negative aspects in perspective.

He said: ''When everybody is singing 'Paradise' at the moment it makes me feel so alive and happy. There comes a point where you just accept that whatever you do, someone will like or hate it, so it's extremely liberating.

''We are incredibly blessed that we are -- 12 years in -- allowed to make whatever we want to make. That's extraordinary. Even in the film world you can't do that. Only a few people can do that.''

Chris joked: ''Basically, we set out with two goals: To either make it big In America or sleep with the sisters from The Corrs.''

He added: ''I'm always looking at Kanye West and he's moving so fast, doing such amazing work that I want to keep chasing him for a while. I don't want to give up just yet.''