Chris Martin claims Coldplay songs put horses in the mood for sex after an owner played 'Fix You' to one of its animals to get it to start breeding properly. 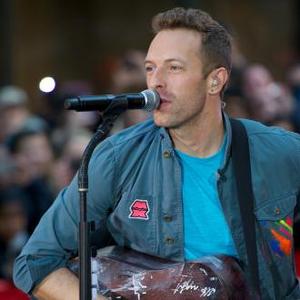 The group's frontman says their music was played to one animal after its owner couldn't get it to mate and after hearing one of their most famous songs, the horse began to breed.

Chris said: ''We heard that there was a guy who couldn't get his horse to breed properly. He played 'Fix You' and sex took place. Now he has the most expensive stud farm in Britain.''

Chris - who is married to Oscar-winning actress Gwyneth Paltrow - recently revealed how he judges how good his music is on whether his children like it or not.

The 35-year-old rocker says he can tell if a new track is going to be a hit over how Apple, eight, and six-year-old Moses React to it over breakfast.

He said: ''Kids are very honest - if they start singing a song it's because they like it. It's a great gauge.''

He also said his children keep him grounded as no matter how much success he has, he's still got to do the everyday tasks of being a dad.

He said: ''When we played Wembley Stadium I was like, 'Wow, now we are big rock stars', but next morning the kids were saying to me, 'Get me some pancakes.'''