Chris Martin has quit his vegetarian diet in the wake of his split from his vegan wife Gwyneth Paltrow. 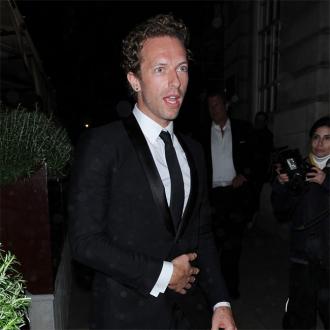 The Coldplay frontman - who ''consciously uncoupled'' from the 'Shakespeare in Love' actress in March after 10 years of marriage - has started eating meat again following the split but still encourages their ten-year-old daughter, Apple, to stick to vegetarianism.

He told BBC Radio 2: ''I am not really vegetarian. I eat meat.

''I was vegetarian for a long time but, for various reasons, I changed.

''My daughter has been a vegetarian since she was born. I keep getting tempted to go back to vegetarianism but I don't eat too much meat.''

However the 37-year-old singer - who also has an eight-year-old son, Moses, with Gwyneth, 41 - insists changing his diet has been a personal choice.

He explained: ''The honest answer why I changed is because I thought you can only eat something that you should be able to kill.

''I mean, could you kill a fish? I wouldn't like it but I probably could eat the fish... or a giraffe.''

Meanwhile, the former couple have reportedly become a lot closer again following the split after spending lots of time together with family and friends.

A source previously said: ''They haven't made any concrete decision to get back together, but it's a possibility. They're discovering a dynamic that works for them all over again, like when they first got together. They're getting along really well.

''They've loving time together with and without the kids. She didn't want to end the marriage. He's been a great father, and that has helped keep the flame alive. They love each other, and if the romance comes back, they'll go with it if it feels right.''