Chris Martin is ''fascinated'' by Rihanna and found working with her ''inspiring'' because she has so many ''cool'' people around her. 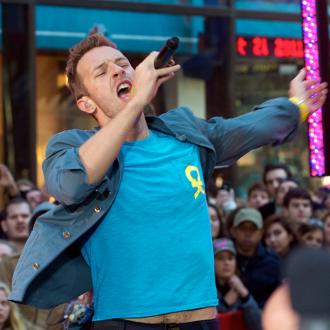 Chris Martin is ''fascinated'' by Rihanna.

The Coldplay rocker was very ''inspired'' when he worked with his 'Princess of China' collaborator because so many other ''cool'' people want to record and write with her, likening the atmosphere around her to a ''holiday camp'' for those in the industry.

He said: ''She's a very fascinating, interesting person. She's very mysterious. When Rihanna's making an album she's talented enough that lots of cool people want to work on it. So it's not like I'm the only one.

''When we were working together it was inspiring because you're around a lot of other people. It's sort of like some kind of holiday camp for producers and musicians.''

The 'Magic' hitmaker admires bands such as U2 and Radiohead who have been around for a long time and share the sort of friendship he has with his Coldplay bandmates that allows them to keep one another grounded.

He told Absolute Radio's Pete Donaldson in an interview conducted before one of their gigs at London's Royal Albert Hall this week: ''We look up to U2 of course a lot and Radiohead have it. Not many bands have that experience of being teenagers together and becoming adults. So it's just such a joyful feeling. Anytime any of us goes a bit off, the others just say come on man.''

The full gig is available on-demand until the 3rd August. Listen back at absoluteradio.co.uk.