Chris Martin: I have issues

Chris Martin has suggested his ''issues'' contributed to the end of his marriage to Gwyneth Paltrow and admits he struggled to ''let love in''. 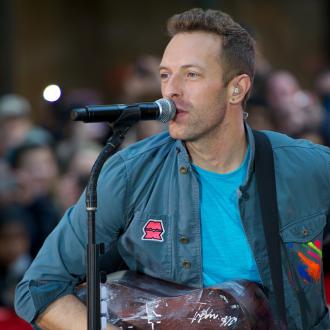 Chris Martin has suggested his own ''issues'' were responsible for the breakdown of his marriage.

The Coldplay frontman - who announced last month he and wife Gwyneth Paltrow were separating after 10 years of marriage - admits he has been a ''mess'' for some time because of his struggle to accept the good things in his life.

Asked if his marriage problems have inspired Coldplay's new album 'Ghost Stories', he said: ''I wouldn't use the word breakdown, this was more a realisation about trying to grow up basically. Like I said, if you can't open yourself up, you can't appreciate the wonder inside. So you can be with someone very wonderful, but because of your own issues you cannot let that be celebrated in the right way....

The 'Magic' hitmaker - who has children Apple, nine, and Moses, eight, with Gwyneth - also admitted he had found it difficult to ''let love in''.

Speaking to DJ Zayn Lowe, he said: ''Up to a certain point in my life I wasn't completely vulnerable and it caused some problems. If you don't let love really in then you can't really give it back. So what 'Ghost Stories' means to me is like you've got to open yourself up to love and if you really do, of course it will be painful at times, but then it will be great at some point.''

But the 'Fix You' singer thinks it is important to face ''challenges'' in life head on and wasn't afraid to be honest about his personal woes in his new album.

He added: ''I think in life everyone needs to be broken in some way... I think everyone in their life goes through challenges, whether it's love or money, kids, or illness... You have to really not run away from that stuff. Life throws these colorful challenges at you ... what we decided to do on 'Ghost Stories' was to really be honest about it and say, this is what's been happening.''

The full hour-long interview with Chris will be broadcast tonight (28.04.14) at 8pm on Zayn's BBC Radio 1 show.