Chris Martin is said to be mesmerised by Rihanna and is interested in seeing where things go. 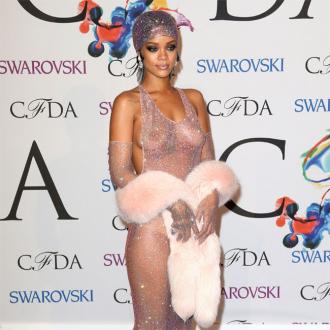 The Coldplay frontman - who split from Gwyneth Paltrow in March after 10 years of marriage - had immediate chemistry with the 26-year-old singer when they collaborated on their hit, 'Princess of China', in 2012 and allegedly wants to explore his feelings for her further.

A source said: ''They plan on spending much more time together. Chris felt suffocated by Gwyn because she's such a perfectionist. But Rihanna is more down-to-earth and carefree and beautiful. He thinks she's intoxicating.''

The 'Stay' singer - who recently split from Drake - was spotted having dinner with Chris at her favourite restaurant, Giorgio Baldi, in Santa Monica last Sunday (08.06.14) and is said to be equally attracted to him.

The source told America's Star magazine: ''Rihanna hasn't dated many men like Chris, but she's telling friends that she thinks he's sexy in his own way. She's willing to see where things go with him.''