Chris Martin sings of infidelity amidst split with Gwyneth Paltrow

Chris Martin has seemingly spoken about the ''pain'' of infidelity on a new track featured on Coldplay's new album 'Ghost Stories' in the wake of his split with Gwyneth Paltrow. 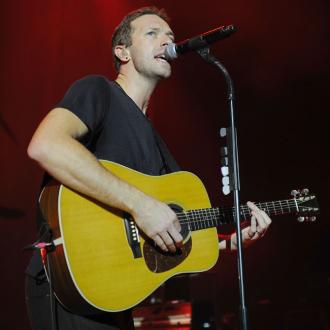 The frontman - who is renowned for writing confessional lyrics - has written about the ''pain'' of infidelity on 'Another's Arms' which is speculated to be the reason for his split with the 'Iron Man 3' actress after 11 years of marriage.

Chris, 37, sings: ''Late night watching TV, used to be you here beside me, your body on my body. When the pain just rips through me. Another's arms, another's arms.''

The song comes in the wake of Gwyneth's denial of two alleged affairs with lawyer Kevin Yorn and Jeffery Soffer, who is married to Elle Macpherson.

While the lyrics could be coincidental, Coldplay did perform the melancholic track for an audience of 800 guests at Sony's Studios in Culver City, California just days before Gwyneth, 41, and Chris announced their ''conscious uncoupling'' on her Goop website.

Chris also appears to bare his emotions on several other tracks on the album, including 'Ink' which hints at a reunion with his estranged wife.

He sings: ''I don't want nobody else but you. Call it magic. Cut me in two. If you were to ask me, after all that we've been through, I'd still believe in magic.''

Chris and his band mates - Guy Berryman, Jonny Buckland and Will Champion - will release their new album on May 19 and their new atmospheric sound is a big departure from the band's usual melodies and catchy riffs.

Despite their split, Chris and Gwyenth - who have two children, Apple, nine, and Moses, seven - are still close friends and were seen enjoying a holiday in The Bahamas with pals over the weekend.