Chris Martin snapped up a picture by street artist Banksy for £400,000 at Sean Penn's Haiti Home Gala charity event over the weekend. 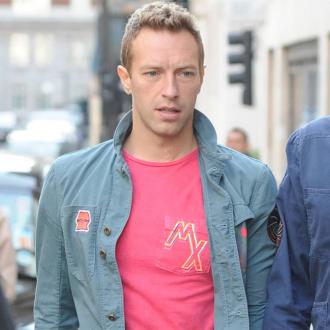 The Coldplay frontman happily forked out the huge sum for a one-of-a-kind design by famed street artist Banksy at a fundraiser for Haiti earthquake victims on Saturday night (11.01.14).

The 'Yellow' hitmaker beat off stiff competition from Bette Midler and Kevin Bacon to snap up the picture of a red heart-shaped balloon covered in plasters, according to The Sun newspaper.

Chris was accompanied by his wife Gwyneth Paltrow at the high-profile Haiti Home Gala, which was held by Sean Penn at the Montage hotel in Beverly Hills.

The musician wasn't the only celebrity flashing their cash on the night, however, with auction host Anderson Cooper paying a whopping £850,000 for a sculpture to be built out of 65 of Sean's old guns.

Guests including Idris Elba, Michael Douglas and Julia Roberts were treated to a performance by U2 and partied until 6am the next day.

Meanwhile, charitable host Sean was seated next to his rumoured new girlfriend Charlize Theron and the pair reportedly shared a kiss on the lips and were very affectionate with one another.

The bash raised almost $6 million for Sean's J/P Haitian Relief Organisation, which was founded in 2010 to provide medical care, food and water, and develop housing following the earthquake.