Coldplay Have Made 'Schizophrenic Album'

Chris Martin says Coldplay's new LP 'Mylo Xyloto' is a ''schizophrenic album'' because there is such a mixture of sounds on it. 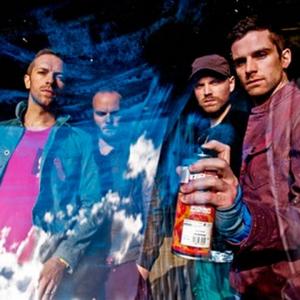 The frontman explained the LP's unusual name came from the mixture of sounds on the record and he has praised producer Brian Eno for inspiring the band to start from scratch and not worry about people's perceptions of their music.

He said: "It's definitely a schizophrenic album, it keeps changing sounds. That's why we called it such a strange thing, 'Mylo Xyloto'. Because we felt like so many people have already made up their minds about us, both good and bad, that we can sort of start again from scratch and try and reflect all the music we listen to and we love.

"Working with Brian, he was very much of the opinion that you should just be free to follow whatever you feel sounds best without worrying about having to talk about it in interviews and everything and explain it."

Despite the group's grand plans to release two albums in quick succession, drummer Will Champion revealed he and Chris and their bandmates Jonny Buckland and Guy Berryman quickly realised they could only focus on one recording at a time.

He said: "Very early on in the process of recording this record, we were playing a lot of acoustic instruments and we had it in our mind that we might try to record a small-sounding, intimate, reflective record. And [a song like 'Paradise'] came about, and it dawned on us that we couldn't play it in that acoustic style. So we thought, 'OK, we'll finish this one and then we'll do another record,' and the realisation came very quickly that we can't really focus on more than one thing at once."