Coldplay have plotted their history in a timeline on their new website, inviting fans to contribute their own memories of the band to the online scrapbook. 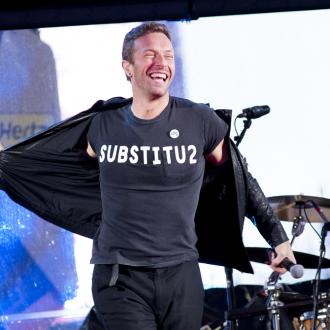 Coldplay have plotted their history in a timeline on their new website.

The British rockers revealed the timeline on their official website, which charts everything from their first rehearsal in 1998 up to their forthcoming album 'A Head Full Of Dreams', which they have been working on for the past year.

The 'Magic' hitmakers shared the news of their nostalgic creation in a statement which read: ''Hello everyone, we are in the studio working on 'A Head Full Of Dreams' while that's happening Phil and Anchorman and The Oracle and Roadie 42 have been getting the 'Timeline' updated - Here it is and thank you very much to them (and you) Love Coldplay.''

The new feature is an online scrapbook of the band's memories, allowing fans to explore the band's story through hundreds of exclusive videos, audio clips, photos, interviews and blog posts.

It also acts as the group's first official gigography, with details of every show they have played to date, as well as behind-the-scenes footage.

As well as their own footage, the 'Paradise' hitmakers have invited fans to upload and share their own photos from any tour dates they've attended.

The launch of the features comes a week after Coldplay were awarded four prestigious Webby Awards for their online output.