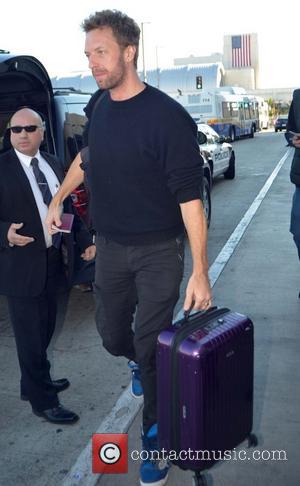 Tinnitus sufferers Chris Martin and will.i.am are among the stars who have contributed songs to a new charity album to help raise awareness of the hearing condition.

The singer and the rapper have both talked openly about their struggles with tinnitus in the past, and now they are both backing a new project to help other sufferers.

The two stars' bands, Coldplay and the Black Eyed Peas, have both contributed songs to the I Am The One In Ten album in aid of the British Tinnitus Association.

The record features songs from bands and artists who have all been affected by tinnitus in some way, and British radio host Eddy Temple-Morris, who has been among those driving the project, insists Martin's involvement has really given the campaign a boost.

He says, "I'm so happy that Chris Martin has given this his blessing. With Coldplay on board, at last we have a real chance to get through to (the) government now... this record could be a game changer... One in 10 people has tinnitus, and the (U.K.) government have never spent a single penny on awareness... It's not just musicians and soldiers that get tinnitus, its every layer of society, and I want to reflect this by putting together a compilation album where every single person involved has tinnitus."

Martin previously said of his condition, "I've had tinnitus for about 10 years, but since I started protecting my ears it hasn't got any worse... Looking after your ears is unfortunately something you don't think about until there's a problem. I wish I'd thought about it earlier."

Another tinnitus sufferer, Embrace frontman Danny MCNamara, has also allowed one of the band's songs to be used on the album, while other contributors include Enter Shikari, Chicane and Adam F.

A release date has yet to be scheduled.