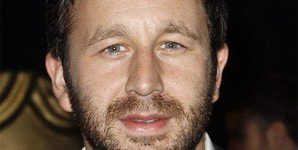 In Britain, Chris O'Dowd is best known as Roy in the hit TV sitcom The IT Crowd, and he proved his serious acting chops this year in the small-screen period drama The Crimson Petal and the White. Meanwhile, he has quietly been making inroads in Hollywood, starring opposite Steve Carell in Dinner for Schmucks, Jack Black in Gulliver's Travels and now Kristen Wiig in this summer's surprise hit Bridesmaids. Next year he'll appear in two more big comedies, reteaming with Wiig for Friends With Kids and costarring in the Knocked Up spin-off This Is Forty.

Is working in American comedies different than in Britain, especially with all of the improvisation?
Chris O'Dowd: It's because Americans have so much more money. You know, I'm being flippant in a way, but the amount of time a bigger budget gives you does mean you can play an awful lot more. In The IT Crowd we don't improvise at all - or very, very rarely. To be fair, we do have a whole week's rehearsal and then shoot it all in one night, so it's kind of like you've got every idea already out on the floor. But what I really liked about the process on Bridesmaids was that we would do the script, which was really great, and then we would do loads of lovely improv - and Kristen Wiig is just the best improviser I've ever worked with, so it's kind of an amazing thing. And then we'd go back to the script and try and make it better using the bits of improv that you've got, rather than it being an either/or. And the fluidity and naturalism that you got by doing it that way really gives a kind of reality to it. People sometimes improvise for the sake of improvising, because they like the idea of improvising, but what they're actually doing is just taking away really good lines that were there in the first place.

Can you identify with your character's romantic frustration?
Chris O'Dowd: Oh yeah. A lot of women being really unimpressed is something that I grew up with and perfected and live with on a daily basis. No, every woman has always loved me!

And now that you're being described as a sex symbol?
Chris O'Dowd: Ah, you know, obviously the character is a very sweet guy, and that's all great. The sex symbol thing is so fleeting and I can't wait too play a bald monk in the next thing. But if Jon Hamm [his costar, of Mad Men fame] had tried like 10 percent to get the girl, he would. That's what I have to remember.