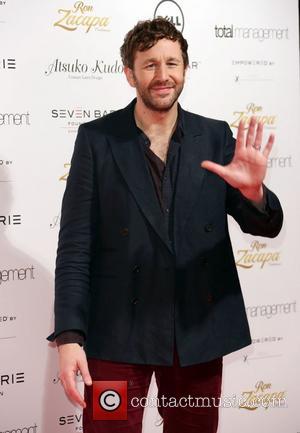 Irish funnyman Chris O'Dowd upset his new wife Dawn Porter by taking a photograph of the Tv star in her wedding lingerie and sharing the picture with fans.

The Bridesmaids star, who married Tv host/journalist Porter in August (12), gave his thousands of Twitter.com followers a glimpse into his honeymoon by posting a snap of the brunette beauty in her underwear.

O'Dowd has now revealed his partner was "shocked" when she found out what he had done, but insists he only published the intimate picture because he was so proud of his sexy bride.

He tells Britain's Marie Claire magazine, "It wasn't a very 'me' thing to do, and she was a bit shocked, but I thought she looked amazing and I was so proud.

"You don't realise how many people will pick up on it; sometimes I treat Twitter like it's a bunch of people I know."

O'Dowd captioned the saucy shot, "There are times for restraint and there are times to boast about your sexy new wife! Look what I got!" while Porter tweeted, "That wasn't the wedding photo I was planning to release."