Fake It Till You Make It: Chris O’Dowd’s Approach To Singing In The Sapphires 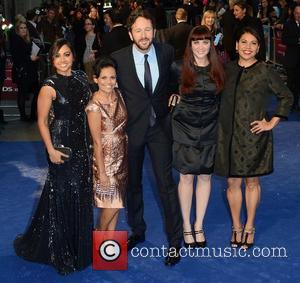 ‘Fake it ‘til you make it’: that was the approach that Chris O’Dowd took to singing when he was cast in his latest movie The Sapphires. Set in Australia in 1968, movie tells the tale of four talented young singers, whose girl group The Sapphires (think an Aussie version of The Supremes) are tasked with entertaining the US troops in Vietnam.

The Bridesmaids star O’Dowd belts out a few numbers of his own in the movie but insists that he was winging it – even when it came down to the piano playing. “I learned a few tunes when I got cast,” he told ITN at the movie’s premiere, “but it’s really piano by numbers. I didn’t really have long enough to learn it properly, so I think of it as ‘I know what I’m doing works, but I have no idea why.’