Chris Pine has revealed Benedict Cumberbatch gives a spell-binding performance as the mysterious villain in 'Star Trek Into Darkness'. 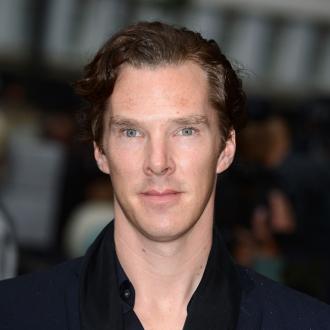 The 32-year-old actor - who plays Captain James T. Kirk in the sci-fi film franchise - has praised his British co-star's stellar performance in J.J. Abrams' sequel to the 2009 reboot and revealed his captivating on-screen presence is a highlight of 'Star Trek Into Darkness'.

He told Yahoo Movies: ''Obviously I can't say much, but there's one scene in it. It's a really hard scene, not for me, but for Benedict. And watching him handle that and to make something that I think, on paper, could have really been a death trap for an actor. He's formidable as an actor and as a character in the story.''

The total mystery surrounding 'War Horse' actor Benedict's evil character was recently lifted after an official synopsis was released, describing him as a ''one man weapon of mass destruction''.

J.J. plans to take a darker approach with the sequel, which will see the Enterprise returns to an Earth in crisis after Benedict's elusive villain infiltrates their own organisation, leaving Captain Kirk and his crew to eliminate him.

The filmmaker recently teased: ''It has been a blast working with the same cast, and some new amazing actors, including Benedict Cumberbatch, who is this British actor who is mind-blowingly great, and we are putting the movie together now.''

The film - which also stars Zachary Quinto and Zoe Saldana - is scheduled for release in May 2013.