Chris Pine Made Friends Through Acting

Chris Pine has admitted one of the reasons why he became an actor is that he thought it would help him make friends. 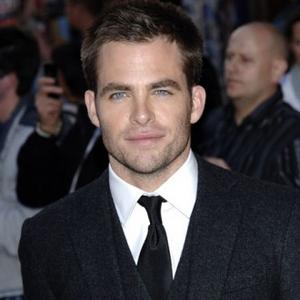 Chris Pine became an actor to improve his social life.

The 'Unstoppable'actor admits he had few friends growing up and thought taking drama classes would help boost his chance of finding new pals.

He said: "I wanted to become an actor because I wanted friends. I went to a very large university and was a shy, late bloomer and I really didn't have a social network.

"So I found theatre out of a need to find a community really."

The 30-year-old star also admitted he appreciates the fact his father Robert Pine is an actor and his mother Gwynne Gilford used to be an actress because it means they understand when he has had a bad day.

He explained: "What I appreciate from my family is that there is a Common language to it so if I've had a long, hard day I can call up and say, 'Such and such happened and the director said such and such and the other actor said Blah Blah Blah.'And they're like, 'Oh yeah, OK, we get that.'

"Because my mom's done it, my grandmother did it, my father did it and my sister actually worked for Ton Scott, who directed 'Unstoppable.'"