Chris Pine and Amanda Seyfried have signed on to star in post-apocalyptic science fiction film 'Z For Zachariah'. 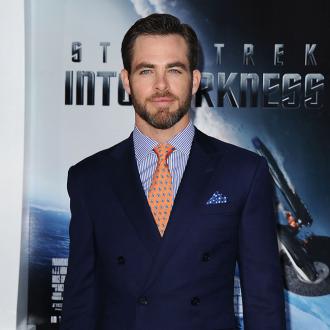 Chris Pine will star in post-apocalyptic movie 'Z For Zachariah'.

The 'Star Trek' hunk has been cast alongside Amanda Seyfried and Chiwetel Ejiofor in Craig Zobel's new science fiction flick, with a script by Nissar Modi adapted from Robert C. O'Brien's novel of the same name.

Maguire said in a statement: ''Everyone at Material Pictures and Zik Zak Filmworks is thrilled 'Z for Zachariah' has attracted such a dynamic and talented cast.

''With Modi's enthralling script and the vision Zobel has for the film, we're excited to bring such a captivating story to audiences.''

'Les Miserables' actress Seyfried will play a young girl who believes she is the last remaining survivor on Earth after a devastating nuclear event, until a scientist (Ejiofor) discovers her living on a remote farm in a valley with the only breathable air. The pair fall in love, but things get complicated when another survivor (Pine) arrives.

Following roles in blockbusters 'Star Trek Into Darkness' and 'Jack Ryan', Pine was reportedly looking to take on a smaller project.

An August filming date is expected.