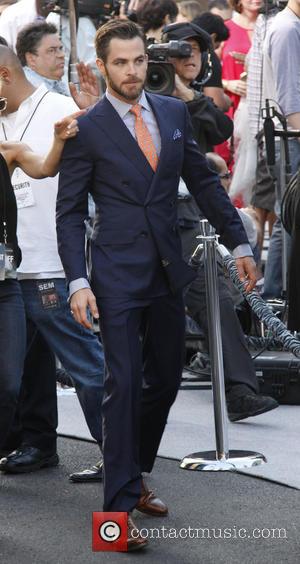 Chris Pine and Jake Gyllenhaal are reportedly in talks to join Johnny Depp and Meryl Streep in the movie adaptation of Stephen Sondheim's Tony Award-winning musical Into The Woods.

According to The Hollywood Reporter, the two actors will make their onscreen singing debuts if they sign on to play fairytale princes in the project.

The film, which will feature new Sondheim songs, will be shot in London this autumn (13).

The cast so far features Streep playing The Witch, Depp The Wolf and British comedian James Corden as The Baker.