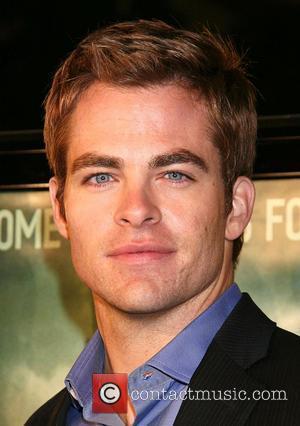 Chris Pine, the actor set to play Captain Kirk in the upcoming Star Trek film, has talked of the pressures of taking on the iconic role.

Smokin' Aces star Pine is to step into the shoes of William Shatner in the JJ Abrams picture which tells of the adventures of the Starship Enterprise during their time at Star Fleet academy.

Though he confirmed he would reveal "not a thing" during an interview with Entertainment Weekly, the 27-year-old did let slip some small details about the movie, set for a Boxing Day release.

"I think the biggest mistake I could ever do would be to try to recreate what Mr Shatner did," he explained. "There are certain qualities that Kirk has that are vital for someone who is a leader of men.

"And those qualities, I definitely wanted to take from what Mr Shatner did in the original series. But my job is to take something new, to Take That and build upon it, really do my own thing. I just feel no pressure when it comes to that."

The young actor admitted he can understand the fears of hardcore fans but attempt to allay some of their concerns.

"I don't have that many credits and people are very worried that their Kirk is going to be destroyed. But I can only say that we're having a great time. JJ has been wonderful and the cast is phenomenal. I think what we're doing is very special."

Pine said he had not met Shatner, but added: "I've met Mr Nimoy a couple of times. He's been on set and we have a couple of scenes in the film, which will be nice, and I'm excited for those."

Though Heroes star Zachary Quinto is to play the young Vulcan, Pine's comments could imply that time travel is featured in the movie or that flashbacks will be used.

After a call for 'odd-looking' extras, much of the movie's major casting has been completed.