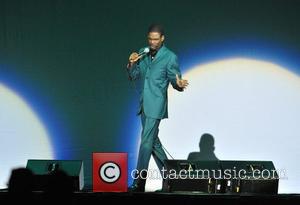 The Bigger and Blacker star has smashed the UK record for the largest comedy audience after his Friday stand-up show, the first of two performances on his new tour.

But with Guinness World Records officials on hand to check official criteria had been satisfied, promoters announced after the show's conclusion that the record had been surpassed by more than 5,000 people.

David Campbell, CEO of O2 owner AEG Europe, said on Friday he had "absolute faith" that Rock would break the audience record for a comedian.

"He is the first stand-up comedy act to perform in the arena and it is doubly thrilling for us that he will be breaking a world record at the same time," he added.

Rock, 43, kicked off a UK tour in January 2008, performing for the first time outside his native US, and has returned for further shows this month.

However, Evans has the chance to break the comedy audience record when he too performs at the O2 in October.