Rock's Ill-advised Attack On Cosby Almost Cost Him His Career 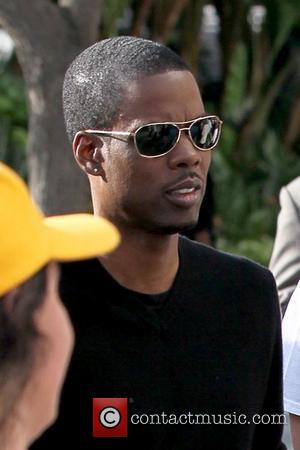 Chris Rock almost ended his comedy career before it started by taking aim at Bill Cosby - on the beloved funnyman's own show.
Pal Adam Sandler invited Rock to the set of The Cosby Show when he was shooting a handful of episodes in his late teens - and when the pre-programme warm-up comedian fell ill, Rock stepped in to keep the studio audience amused.
Sandler admits his friend was an instant hit with both Cosby and his fans - until he turned on the star of the show.
Sandler recalls, "Rock, all of a sudden, starts going, 'And what's with this Bill Cosby?' Everyone's like nervously laughing."
And everything turned bad when Rock accused Cosby of racism.
Sandler adds, "He went on an anti-Bill Cosby five minute run. The crowd is all people from Queens; they just worship Cos... They're like, 'I'm gonna murder this skinny young man.' And Cos is like, 'Not in my house...' so they yanked Rock outta there... and asked him not to come back."