Chris Sullivan Discusses His 'Guardians Of The Galaxy Vol. 2' Role

The actor will be unrecognisable when he takes to the big screen for the superhero flick.

Though he's mostly known for his role as Toby in NBC drama 'This Is Us', Chris Sullivan will be seen taking on a very different sort of character when 'Guardians of the Galaxy Vol. 2' hits the big screen a little later this year. An all-star cast returns for 'Guardians of the Galaxy Vol. 2'

Stepping into the shoes of Taserface - a member of the Ravagers - he'll be performing under thick layers of makeup and prosthetics, making him unrecognisable on the screen.

Many fans of the Marvel Cinematic Universe may not be aware as to exactly who Taserface is however. He first appeared in the 'Guardians of the Galaxy' comic book series back in 1990, but never really reached mainstream appeal like some of the other characters from the franchise.

In those comics, Taserface has also been referred to as Overkill, a member of the race Stark which evolved thanks to Tony Stark's technology.

Speaking to Entertainment Weekly about the character, Sullivan said: "Talk about a swing in character type. Taserface is an intergalactic space pirate, who is in the service of Yondu, and a member of the Ravagers."

"Taserface is loud," he added. "Taserface is the defensive lineman on your high school football team. He's a very loud individual who enjoys pushing people around."

Hailed within the Ravagers as a king, Taserface is treated like a god, with director James Gunn previously teasing him as a very powerful individual, despite not being the smartest tool in the shed.

While Sullivan says Taserface is in the service of Yondu, we know he'll be leading a mutinity against Michael Rooker's character with a series of Ravager teammates, overthrowing the leader for his own personal gain.

Gunn has aways been a fan of the Taserface character it would seem, with the director initially wanting to introduce him during the first 'Guardians of the Galaxy' movie. Marvel however weren't convinced he should be a part of that film, instead moving his introduction to the sequel. 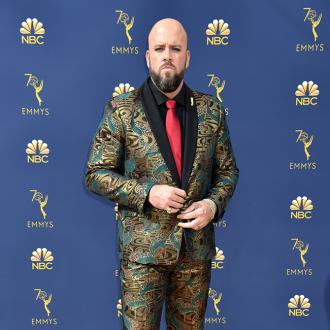 Chris Sullivan is a dad 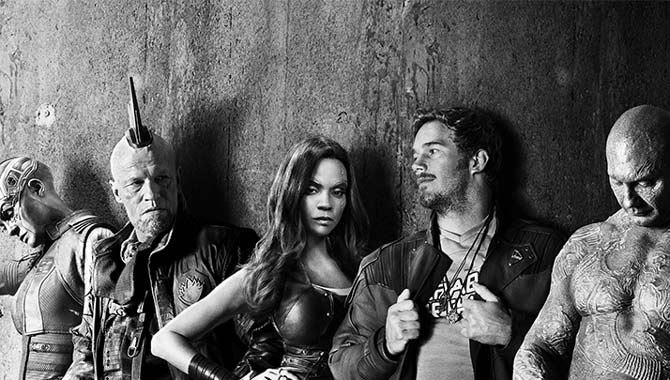 Chris Sullivan Discusses His 'Guardians Of The Galaxy Vol. 2' Role