Review of The Best Of... Album by Chris TT

Since 1999, Brighton based folk singer and songwriter Chris T-T has been entertaining crowds with pointed political barbs and left-wing social commentary set to accessible, often stripped back musical arrangements, slowly gaining a loyal, if not especially sizeable fanbase. All things end though and after 18 years, 10 studio albums Chris T-T is packing it all in. Acting as a template for most of the acts that his label Xtra Mile have signed in the past decade, T-T's influence is significant, and this Best Of showcases some of his more notable compositions. Disc one is the more conventional best of side of the collection, offering a chronological whistle-stop tour of T-T's back catalogue. The early work on show is na

The second half of disc one offers some real gems however, such as the rousing The Huntsman Comes A-Marchin' and Preaching to the Converted, both protest songs from the Nine Red Songs LP, an album where T-T reached his peak as a lyricist and moved away from throwaway jams like the eyeroll inducing Eminem Is Gay. Musically a step forward came with 2008's Capital, here represented by the motoric beat and lengthy improvisational outro of (We Are) The King of England and the melancholy yet anthemic A Box to Hide In. Later cuts like Elephant in The Room and The Bear show T-T as an incredibly accomplished songwriter with a unique voice and a discerning taste in his arrangements. Perhaps some earlier cuts could have been shaved from this collection to allow room for some notable omissions from the later catalogue, such as Ankles, Tall Woman, Cutting A Long Bow or even This Gun Is Not a Gun.

Disc two collects odds, ends and alternative versions from throughout the same period as disc one and highlights include the solo piano version of Nintendo, the acoustic version of Words Fail Me and the piano cover of Robyn's mid 2000's hit Dancing on My Own. This disc is much more for the die-hard fan than the casual observer, but there are gems here if you are willing to dig.

Overall, it's sad to see a unique voice like Chris T-T throw in the towel but after such a long career, he has left some truly great songs which will last forever. 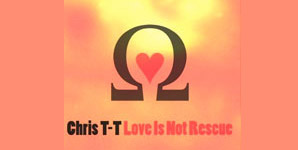 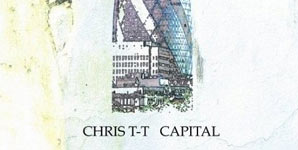 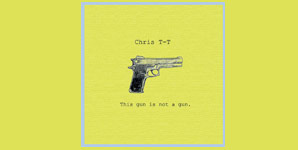