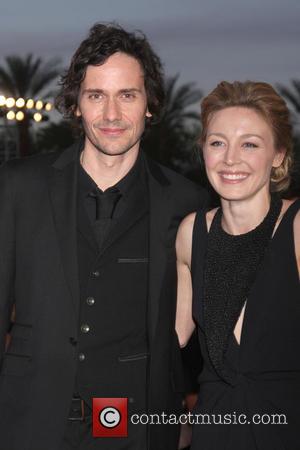 Twilight star Christian Camargo married his passions for acting and racing cars in his new movie by portraying a world champion race ace in Shift.

The actor, who portrayed Eleazar Denali in the final two Twilight films, once quit acting to open a car restoration shop in Brooklyn, New York - but he had to give that up when his career really took off after Kathryn Bigelow hired him for K-19: The Widowmaker.

He tells Wenn, "I used to be an amateur drag car racer. Talk about weird paths of living. I had an old car shop in Williamsburg, Brooklyn. When I graduated Juilliard (performing arts school) I got really disillusioned. I was starring in a play, called Kit Marlowe, and making absolutely no money; I couldn't pay my rent, so I stopped acting and opened up a restoration car shop. I'd always been into old cars.

"And then Kathryn Bigelow hired me for K-19: The Widowmaker and I kept both going for a while, but then had to let the business go. But I was just obsessed with the old cars and got an old Cutlass and made it into a drag car when I was in Los Angeles and entered an amateur race. Then you realise, 'Oh, I'm not a trust fund kid', so I had to give that up."

Discussing the new movie, he continues, "Shift is a really personal story for (writer) Randy (Spence) and I have so much respect for him putting that out into the public. The race club that he's doing that around is quite intense. I was doing more sort of weekender stuff but these guys are the real deal."