Officials At America's Parents Television Council Have Filed An Official Complaint Against USA Network Bosses And The Producers Of Christian Slater's Tv Drama Mr. Robot Over The Series' Gruesome Season One Finale. 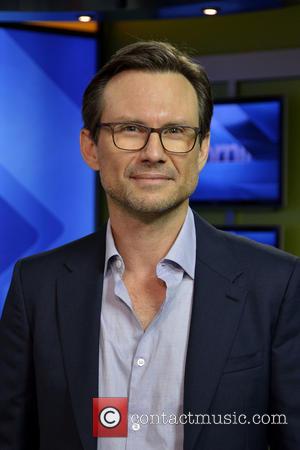 The final episode was delayed by a week, following the shooting deaths of a TV news reporter and her cameraman in Virginia, because the storyline was considered too similar to the events of 26 August (15).

It finally aired on 2 September (15) and now PTC bosses have suggested TV executives should have pulled the episode altogether.

Appalled by scenes of a character committing suicide during National Suicide Month, PTC president Tim Winter says, "It is inexcusable... USA Network should have realised that a graphic suicide scene is highly inappropriate for children and rated the episode for adults only (TV-MA). The scene is disturbing and graphic for adults, let alone children.

"USA Network should commit to a thorough and transparent evaluation of the process it uses to rate its own shows so that children won't be exposed to this type of graphic content again."

He adds, "USA Network should have just canned the episode entirely, especially if the network was truly concerned for the similarities of the content to the real-life tragedy in Virginia, and even more so since it showed the suicide. Waiting a week surely didn't minimise the potential harm to the viewing audience - and it may have even maximised the harm by exposing children to this graphic scene. All the more reason why USA Network needs to commit to reforming the way it rates its shows."