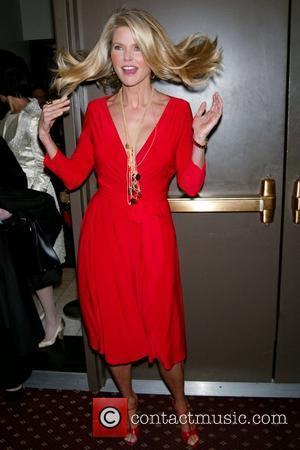 Former supermodel Christie Brinkley has sworn off marriage after her messy divorce battle with cheating ex Peter Cook.
The ageing pin-up, who is a former wife to rocker Billy Joel, has been wed four times and now insists there won't be a fifth ceremony.
She tells the upcoming issue of Ladies' Home Journal, "I would never get married again. With what I know I don’t see why anyone would get married.
"I totally believe in true love and I think couples should celebrate their love over and over again."
And Brinkley tells the U.S. publication she's still sore after her public divorce battle with Cook, who cheated on her with a teenage assistant.
The model admits she's embarrassed by the level of publicity the court fight received: "I feel like I should apologise to everybody for them having to read all that tawdry stuff, and having it delivered to their kitchen tables when their kids are around."