Brinkley's Daughter Speaks Out About Affair 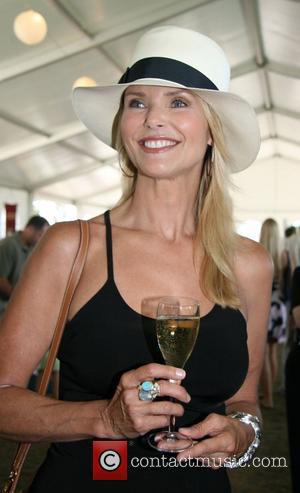 LATEST: ALEXA RAY JOEL, supermodel Christie Brinkley's daughter with musician Billy Joel, has spoken out in support of her mother after she was cheated on by husband Peter Cook. Earlier this month (JUL06) it was revealed that Brinkley's architect husband had an affair with his 19-year-old assistant, DIANA BIANCHI. Joel, a professional singer like her father, told the New York Post, "I love my mom and I'm behind her 100 percent. She's doing very well considering everything that's happened." Joel refused to discuss her opinion on her stepfather Cook telling the publication, "Don't even go there. We don't need to fan the flames." In a nod to her mother's current crisis, Joel dedicated her new song JADED to her mother at her concert in Toms River, New Jersey Friday (28JUL06), telling concert-goers the song was for "all the ladies who've been burned by their men - or should I say boys?'"