Former Supermodel Christie Brinkley Is Proud Of Her Model Daughter For Actively Promoting A Healthy Body Image In The Fashion Industry. 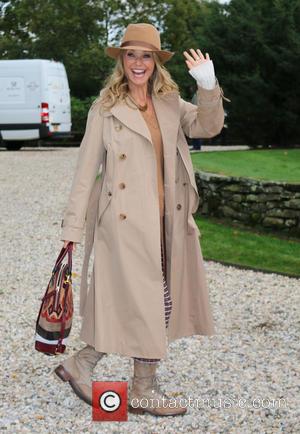 The blonde beauty's 16-year-old daughter Sailor Cook has decided to follow in her famous mum's footsteps and embark on a career as a model, a passion Brinkley strongly supports, but she is well aware of the negative ramifications that can come with being in a tough industry.

Brinkley feared Sailor could fall victim to the trend of models with unhealthy thin frames, telling U.S. newswoman Meredith Vieira, "I went to the (New York) fashion shows recently and I could not believe how skinny the models were. When I went to the modelling agency with my daughter, I saw the girls so, so, so skinny and I just said to Sailor, 'You're not going to go there. Either the business comes to you and you represent health or you don't need to do that.'"

Brinkley knows she doesn't have to worry about her daughter taking unnecessary measures to fit the industry's "standard" small size, adding, "When she first started (modelling) she had lost weight gradually over time and she reached a point where she got some jobs as a model and then at other jobs, the other girls were so much thinner. Then she would call me and I'd say, 'Don't panic. That's why they can split open the pants in the back if they need to!'

"But she did start to lose a little too much weight, but she caught it herself and she's so smart and so strong. She's very empowering for girls her age."