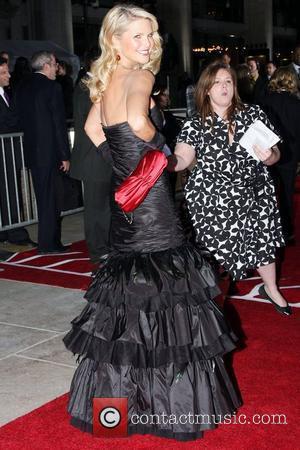 LATEST: Model Christie Brinkley's ex Peter Cook has blasted reports he's involved in a sex tape scandal with his former mistress DIANA BIANCHI, blaming her for spreading "this crap".
Brinkley and Cook split in 2006 after 10 years of marriage following his affair with Bianchi, his then 18-year-old assistant.
The former couple reached a settlement after a bitter public divorce over the summer (08).
Rumours of an explicit home video showing the architect having sex with Bianchi were reported throughout the case, although no such tape was uncovered.
However on Thursday (16Oct08), the New York Post unveiled a series of stills, reportedly taken from the alleged sex tape, which apparently depict the pair having sexual intercourse on a brown love seat.
The newspaper's PageSix columnists go on to claim that Cook allegedly recorded the tape at his Southampton, New York architectural office without Bianchi's knowledge.
Bianchi is reportedly furious with Cook for doing so, with her lawyer Rosemarie Arnold telling the publication, "She is devastated to learn about these surreptitiously recorded sex tapes. She had no idea she was ever being recorded."
But Cook has now hit back at the allegations, refusing to acknowledge the existence of the explicit footage and pushing the blame onto Bianchi.
He fumes to the Post, "I have no comment on this crap. I don't know what she's doing or why she's doing it."