Cher plans to move into directing if she starts to look too old to star in front of the camera. 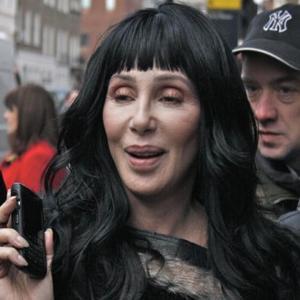 Cher wants to be a movie director.

The 64-year-old actress has no plans to retire from movies but if she starts to look old she intends to move behind the camera.

She explained: "My grandmother just died at 96 and she still looked pretty hot and my mom is 84 and still looks great so I'm just going to keep going and pray for the best.

"And you know what? When it's not like that, I'll just do something else. I want to direct movies anyway - that's what I really want to do.

"Why continue working? It's like telling Picasso, you've done enough paintings, you've created everything, there's nothing more to do. I like what I do and will do it as long as I can."

The actress-and-singer - who can be seen starring alongside Christina Aguilera in new movie 'Burlesque'- is currently considering other movie roles but admits she finds acting tough.

She added: "I would like to make more movies. Stanley Tucci thinks he can direct me in a film - I'm not very directable though.

"I do enjoy acting, but it's hard work. It's torture for me right before, until I start filming, because it takes a lot of emotion, but it's fun."