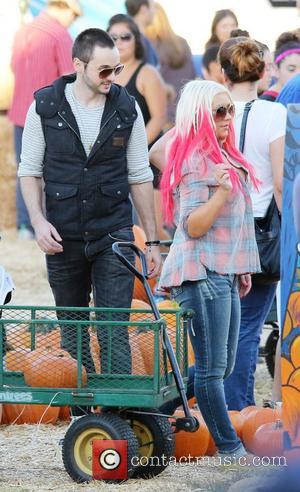 Pop singer Christina Aguilera has teamed up with her The Voice co-star Blake Shelton to record a new track for her upcoming album.

Last year (11) the Beautiful hitmaker paired up with her fellow The Voice judge Adam Levine for the smash hit Moves Like Jagger and she recently confessed she was hoping to try her hand at country with Honey Bee singer Shelton.

Now Aguilera has achieved her goal with Just A Fool, which will be featured on her seventh studio album, Lotus.

She tells U.S. talk show host Chelsea Handler, "I adore Blake... All the guys (on The Voice) and I are close but Blake in particular.

"We used to have a seat next to each other, we banter a lot, we make jokes, we make fun of the other guys... He's just a good time, he's a good country boy. We have a song called Just A Fool on the record and it's my first approach at trying a little country."

Lotus, which hits U.S. stores next month (Nov12), also features a duet with her other The Voice co-star Cee Lo Green, entitled Make the World Move.