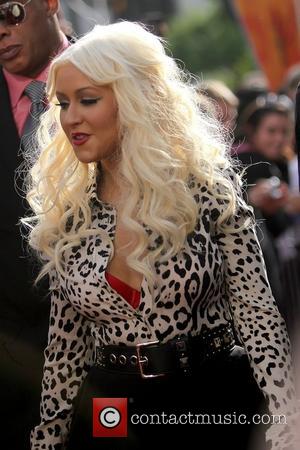 Christina Aguilera is adding her star power to an upcoming Michael Jackson tribute concert after agreeing to join her fellow The Voice mentor Cee Lo Green on the bill.
The King of Pop's mother, Katherine, is organising Michael Forever, The Tribute Concert, which will be held in the superstar's memory on 8 October (11) in Cardiff, Wales.
Green was the first big headliner to sign up for the gig and now Aguilera has been announced as the latest act to join in the celebrations.
Music icon Smokey Robinson and British pop stars Leona Lewis and Craig David are also slated to perform at the event, alongside rockers Alien Ant Farm, who scored a hit with their punk cover of Jackson's Smooth Criminal.
A representative for promoters Global Live Events says of Aguilera's involvement, "This announcement is just the beginning, we have many more to announce."
Katherine Jackson has also reportedly invited rap superstars Jay Z and Kanye West to join the bill, in addition to R&B singer Usher.