Christina Aguilera Played Host To Stars Including Katie Holmes And Linda Perry On Wednesday (04nov15) As She Threw A Fundraiser For U.s. Presidential Candidate Hillary Clinton At Her Los Angeles Home. 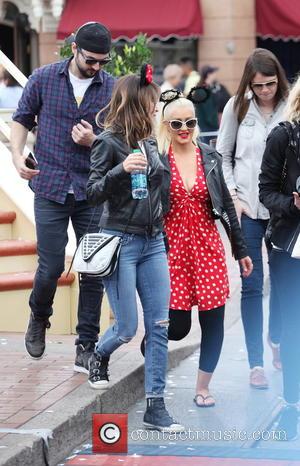 Aguilera was on double duty at the carnival-themed bash as she also performed her hit Beautiful for the party and teamed up with collaborators Great Big World for a rendition of their track Say Something.

Addressing her famous fans, former First Lady and Secretary of State Clinton said, "The forces against progress never quiet, so we have to fight harder than ever to keep moving our country forward and that isn't possible without your support."

The concert event, which was attended by 400 people, raised $1 million (£625,000) for Democrat Clinton's political campaign.