Christina Aguilera has been named as the most inspirational pop artist of the last decade for gay people because of her hit 'Beautiful'. 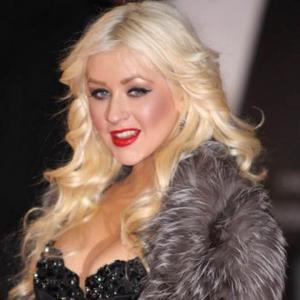 Christina Aguilera has been voted the most inspirational pop star for gay people.

Equality charity Stonewall found the 30-year-old singer's hit 'Beautiful' was the most empowering song for young homosexuals in the last decade - beating Lady GaGa and Katy Perry to the accolade - and she says she is pleased to get the award.

Christina revealed: "I'm delighted to have been voted the most inspirational pop act by Stonewall's supporters - my gay fan base is so important to me and this continues my special relationship with them."

The video for the song features a number of people marginalised by mainstream society, including a same-sex couple.

Other songs to make the shortlist included Gaga's 'Born This Way' and 'Standing in the Way of Control' by The Gossip - who are fronted by openly lesbian singer Beth Ditto.

Christina - who was recently arrested for public intoxication in West Hollywood, Los Angeles, with her boyfriend Matt Rutler - has been an advocate of anti-bullying campaigns in the past.

She said: "I know just how important it is to feel like you can be yourself - in your career and in your everyday life. For anyone who feels like an outsider, I want to say: Don't let the bullies win. Be yourself - and don't let words get you down."

4. Gossip - 'Standing in the Way of Control'