Major Shake Up Revealed With Christina Aguilera Leaving 'The Voice' 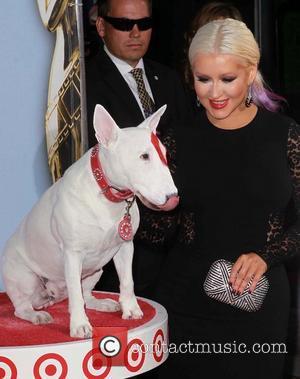 We're only one week into the third season NBC's The Voice, but the network is already announcing changes and they involve the departure of Christina Aguilera, as well as fellow original judge Cee-Lo Green. This season will be the last that's seen of the pair, as there is a new Aguilera album, Lotus to promote and tour, whilst Green is taking time off to work on new music and a scripted comedy about his life. In their place? None other than Colombian singing sensation Shakira and general R'n'B superstar Usher. Not bad, as replacements go. "We are thrilled to welcome Usher and Shakira to The Voice, " Robert Greenblatt, the chairman of NBC Entertainment, said in a statement reported by The Clicker. "The addition of these popular iconic artists continues the tradition established by Christina, Cee Lo, Adam Levine and Blake Shelton. Doing two back-to-back cycles of this show requires a tremendous amount of time, and we are happy to accommodate the commitments made by Christina and Cee Lo." Those disappointed at the news need not fear, though. Both have indicated that they will be returning to the show once they've finished with their other projects. "By pursuing my first passion of music during the break, I am also able to come back and offer even more to my team on 'The Voice' in the future," Aguilera said in a statement, whilst Green commented "Thank you, NBC, for supporting my decision to take this season four hiatus! I will return for season five and will be watching season four."