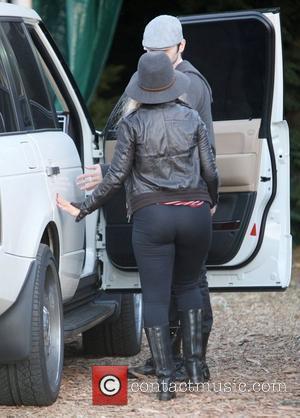 Now that the five weeks of 'blind auditions' are over, The Voice can really get down to the serious business of finding itself a singing star. The judges have chosen their teams and on last night's show, they brought in some guest stars to coach their singers. Another twist on last night's show was that the contestants had to pair up with another member of their group, with only one of the pair allowed to stay in the show until the next round.

Christina Aguilera's former Mickey Mouse Club co-star, Tony Lucca, was paired up with Chris Cauley, singing U2's 'Beautiful Day.' They had Alanis Morissette coaching them and Adam Levine said that he was "so glad" to have her helping out his team members. Aguilera showed solidarity for her former co-star and her fellow judges unanimously followed suit. According to E! Online, Blake Shelton pitted Adley Stump against RaeLynn, performing Tom Petty's 'Free Falling'. Kelly Clarkson was brought in to mentor Adley and Blake's wife Miranda Lambert guided RaeLynn, who was chosen to go through to the next round.

On Christina's team, Chris Mann faced a challenge from Monique Benabou, with Lionel Ritchie and Jewel guiding them through a version of Celine Dion's 'The Power of Love.' Chris Mann triumphed, remaining on Christina's team for the next stage of the competition. Cee Lo Green brought in Babyface and Ne Yo to help Cheesa and Angie Johnson with a cover of Total Eclipse of the Heart, with Cheesa going through to the next show.